Home › About › The Beginnings 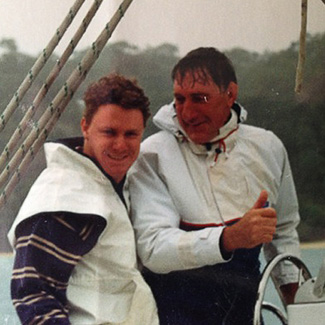 Dekenai Constructions was established in 1995 in Port Moresby by Mark Fallon, a well respected civil construction manager with vast experience in carrying out civil works in Papua New Guinea.

In the early 1970s Mark and Jim Wellwood had formed Pangia Constructions which, apart from leasing plant equipment to government and construction companies, was involved in civil engineering work in PNG and further afield, incluing Fiji. In 1976 Mark chose nine of his local employees to become shareholders in Pangia, and it became a wholly owned national company. Mark maintained involvement in its management. It was estimated that Pangia had an annual turnover of $80 million. Mark was also Managing Director in 1986-87 for joint ventures with Ipilil-Porgera and Dillingham Corp.  Mark's agricultural ventures continued despite his deep involvement in heavy earthmoving machinery and construction work, with the purchase of Wonga Station.

Mark was a true pioneer and legend in Papua New Guinea. He made valuable contributions  towards national development. He is still remembered as one of the toughest men that ever lived up in the highlands. His sons, the Fallon brothers, continue his legacy with the growth and expansion of Dekenai Constructions.

In 1995 Mark helped his sons set up Dekenai Constructions Ltd in Port Moresby.  The Fallon brothers earliest involvement in the PNG civil construction industry was as a subcontractor on some of major developments, such as the Jackson’s Airport Redevelopment Project in 1997 and as a main contractor on some major works. Since its incorporation in 1995, Dekenai Constructions Limited has built and maintained its reputation as a major Civil Engineering Contractor, specialising in the construction of roads, bridges, drainage structures, pavement and sealing works.